Lemn
Sissay MBE
Lemn Sissay MBE is a poet, playwright, artist, performer and broadcaster. He has read on stage throughout the world: from The Library of Congress in The United States to The University of Addis Ababa, from Singapore to Sri Lanka, Bangalore to Dubai, from Bali to Greenland and Wigan library. 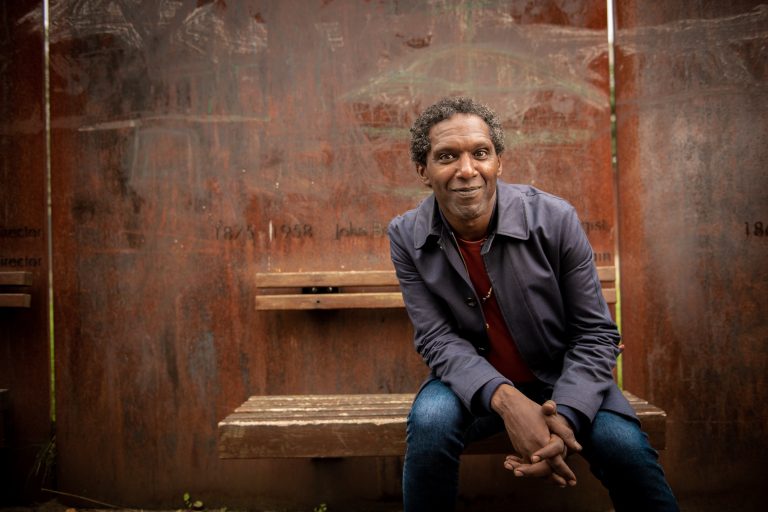 Fields marked with (*) are required.

Lemn Sissay MBE is a poet, playwright, artist, performer and broadcaster. He has read on stage throughout the world: from The Library of Congress in The United States to The University of Addis Ababa, from Singapore to Sri Lanka, Bangalore to Dubai, from Bali to Greenland and Wigan library.

Lemn is a poet, playwright, artist performer and broadcaster. He has read on stage throughout the world: from The Library of Congress in The United States to The University of Addis Ababa, from Singapore to Sri Lanka, Bangalore to Dubai, from Bali to Greenland and Wigan library.

His memoir ‘My Name Is Why’ is published by Canongate Books 2019. He was the first poet commissioned to write for the London Olympics and wrote the official poem for the FA Cup. If you Google the name “Lemn Sissay” all the returning hits will be about him. There’s only one person in the world named Lemn Sissay.

His Landmark poems can be found on walls in public spaces around the world from The Royal Festival Hall in London to The British Council Offices in Addis Ababa and throughout his home city of Manchester. His Landmark poem “Gilt of Cain” was unveiled by Bishop Desmond Tutu in The City of London: Sissay’s installation poem ‘?what if?’ exhibited at The Royal Academy and toured the world in galleries from Tokyo to New York.

Lemn is featured on the Left field album, Leftism which sold millions. In 2018 on the twentieth anniversary of the album he toured with the band to sell out tours throughout the country. In 2017 he featured on the album “Traveller” by Baaba maal. A violin concerto performed at The BBC Proms by Viktoria Mullova was inspired by and named after his poem ‘Advice For The Living’. Another poem ‘Spark Catchers’ featured in the 2017 proms as the inspiration for a concerto written by Hannah Kendal, performed by Chineke! Orchestra. He read poetry at Sir Paul McCartney’s book launch at The Queens Theatre in The West End.

Lemn has written various plays. ‘Something Dark’ (Battersea Arts Centre & Contact Theatre) is on The National Curriculum as a choice text published by Oberon Books. He adapted Benjamin Zephaniah’s hit Novel, Refugee Boy (West Yorkshire Playhouse) which toured to rave reviews. He wrote “Why I don’t hate white people” for Lyric Hammersmith which toured the country. As an actor In 2017 he played Scully in Jim Cartwright’s ROAD directed by John Tiffany at Royal Court Theatre. In 2018 The “Report at The Royal Court” sold out in 24 hours and became national news.

In radio and TV Lemn is BAFTA nominated and award winning. The Bafta in 2019 was for his 2018 documentary Superkids. A BBC TV documentary, ?Internal Flight?, and radio documentary,? Child of the State,were both broadcast about his life. Lemn’s TED talks in The Houses of Parliament have been viewed by over a million people and his Desert Island Discs on BBC radio four was chosen as Pick of the Year. He co-presented BAFTA award-winning Ten Pieces for BBC Television which ?was described by BBC Director general Tony Hall as “the biggest commitment the BBC has ever made to music education in our country”?. He has made BBC radio documentaries on WH Auden, JB Priestley, Bob Marley, The Last Poets and Gil Scott Heron to name a few.

Philanthropy: Lemn started The Christmas Dinners for care leavers in Manchester in 2012. Now they take place throughout the UK. In December 2017, the prime minister wrote to him:

?“By founding ‘The Christmas Dinner’ project, you have created a successful and sustainable model which is making a real difference for hundreds of young care leavers who would otherwise be alone on Christmas Day.“

In total seventeen Christmas dinners took place in the UK in 2018. Lemn is Trustee of The Foundling Museum and Patron of Twenty Stories High Theatre Company. In 2017 he launched The Equity and Merit Scholarship scheme in Ethiopia with University of Manchester. The University of Huddersfield hold the Lemn Sissay Scholarship for Care Leavers

In 2018 he brought a legal case against the government to address the institutional dysfunction. The government settled the case out of court. Lemn lives in London.

Back to the top